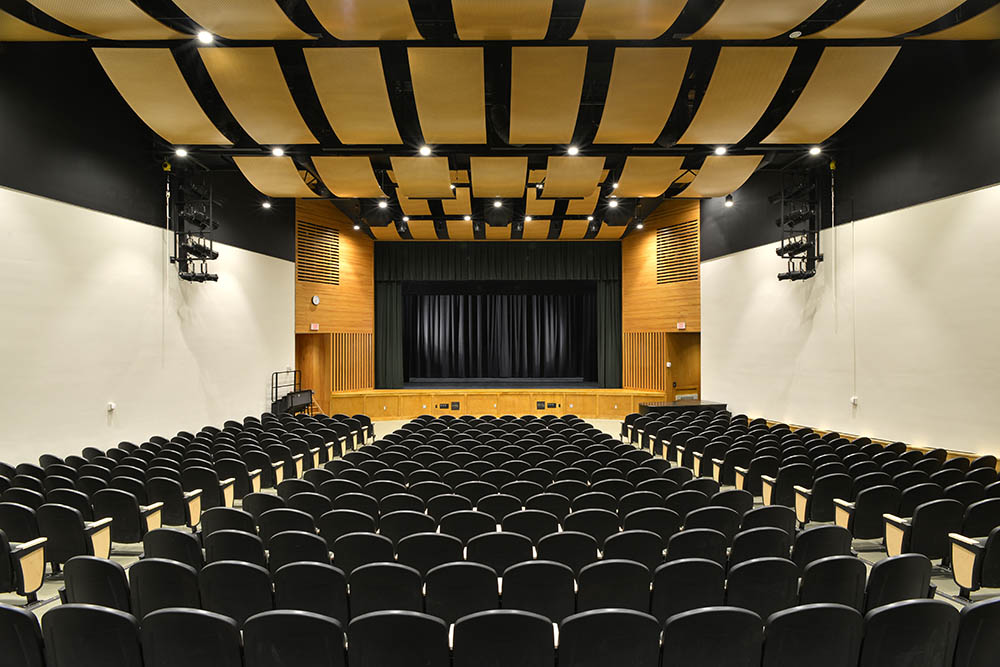 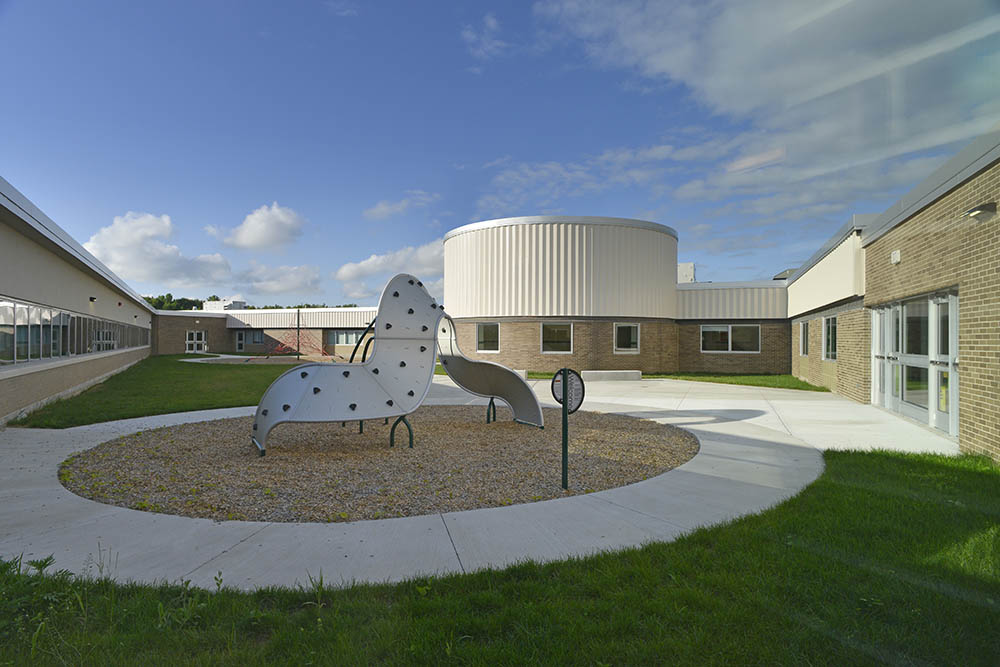 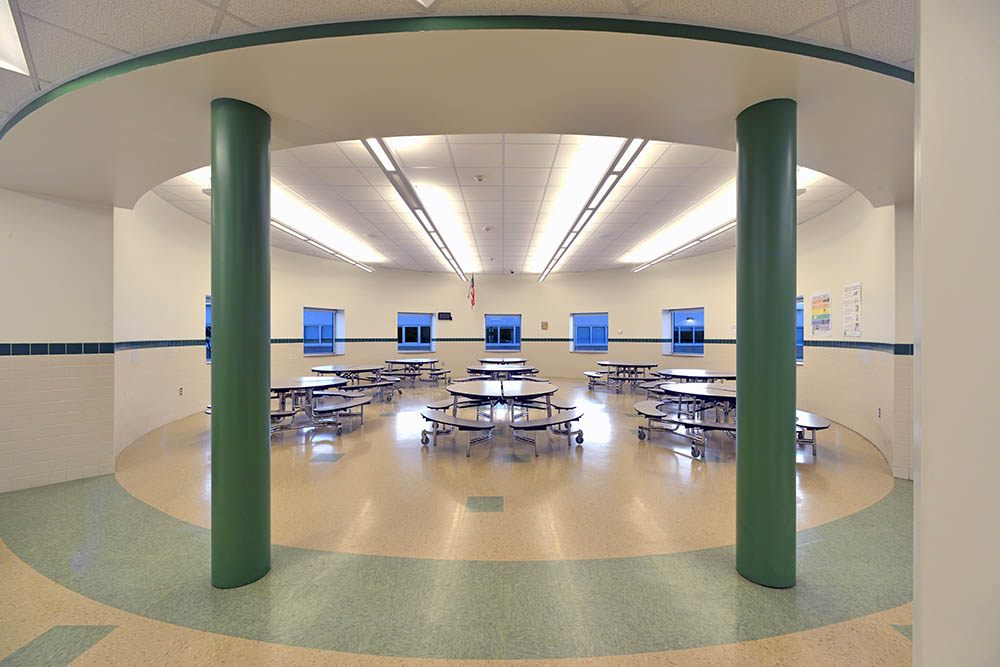 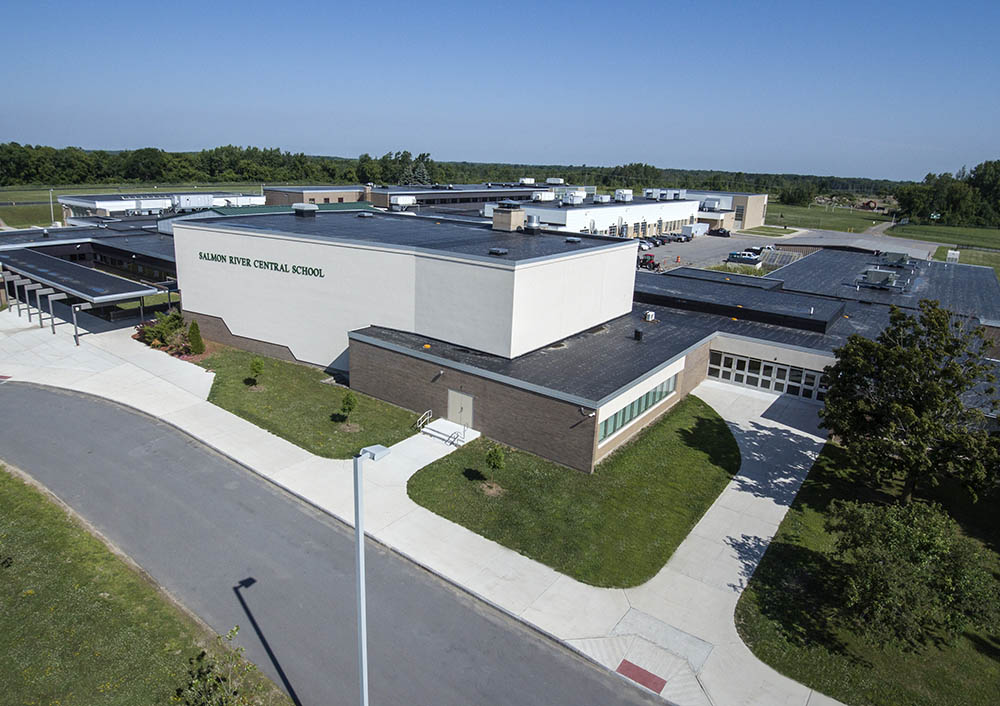 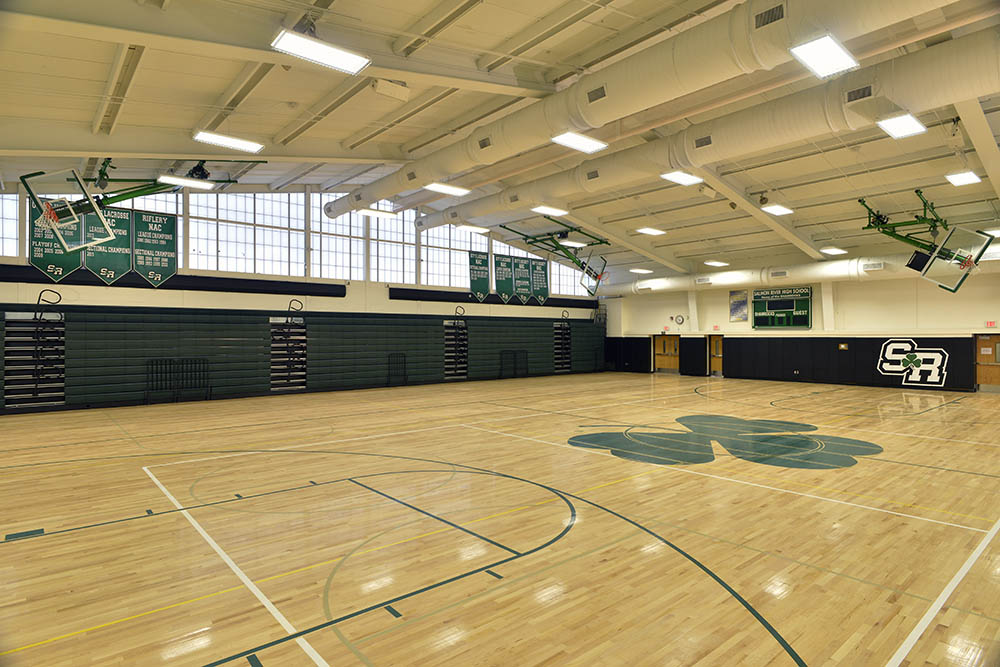 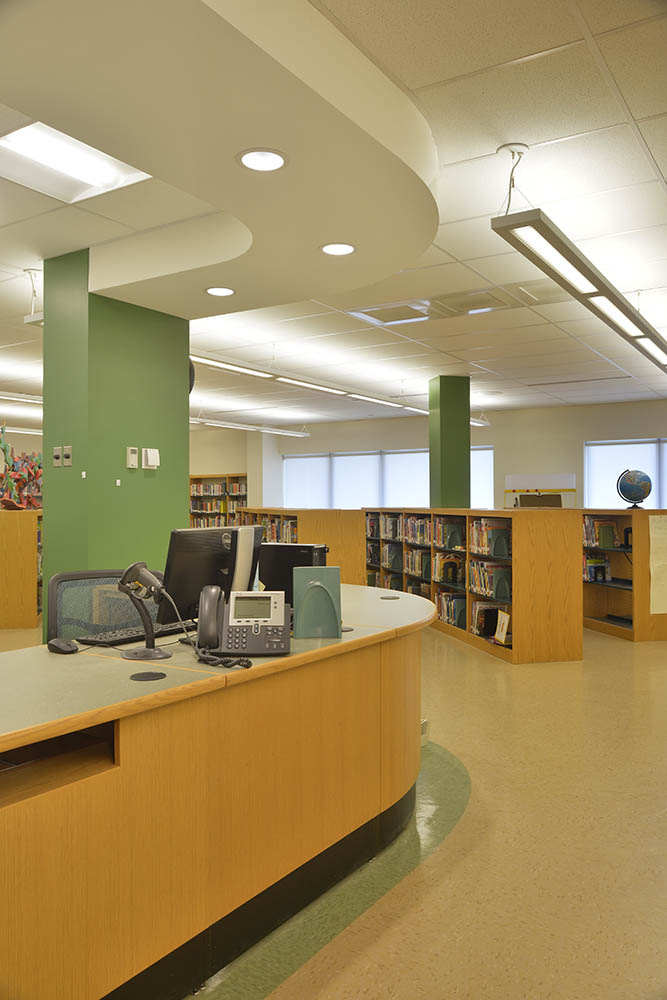 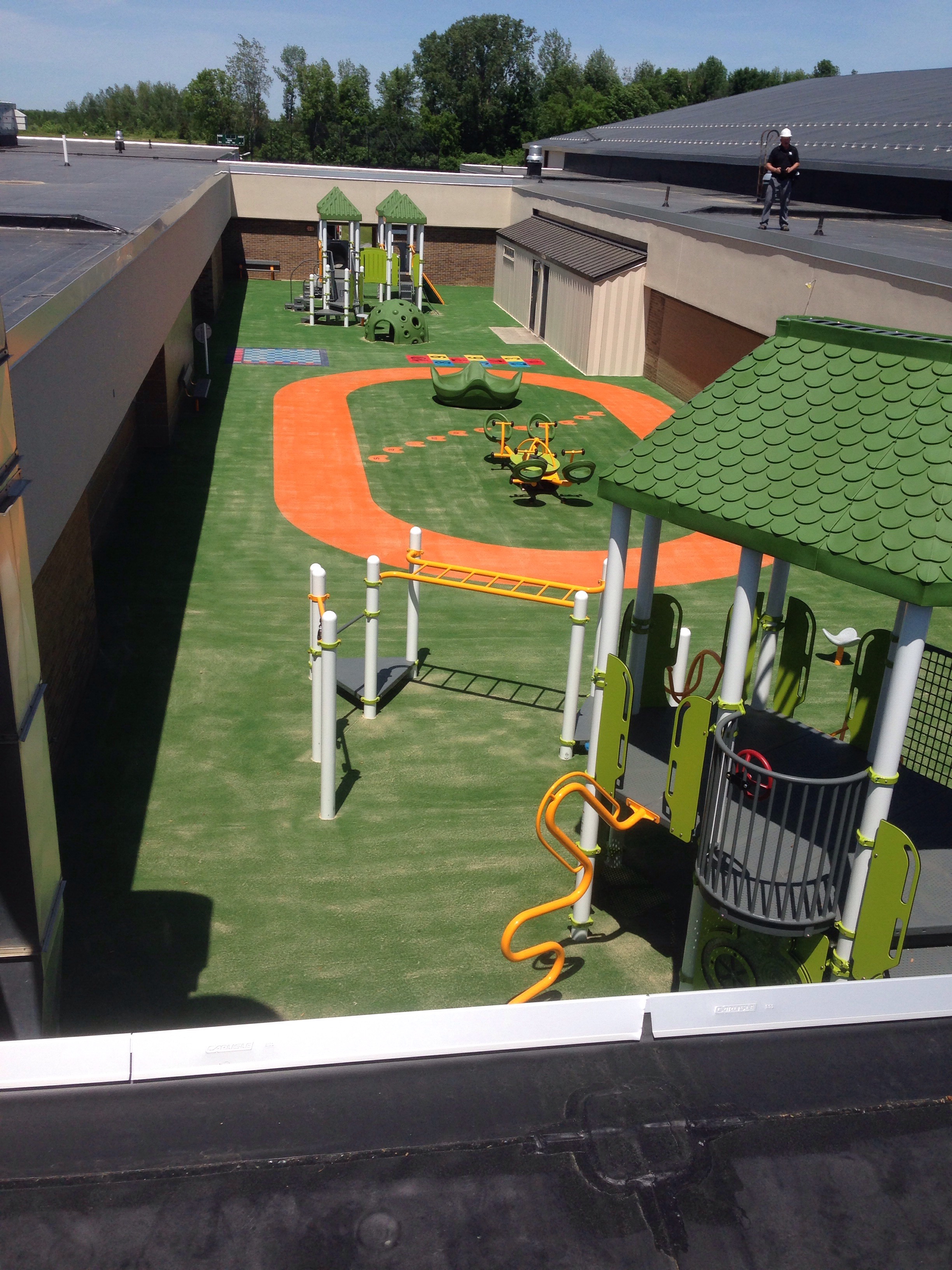 The K-12 School Building was originally constructed in 1956 with major additions in 1963, 1968.  The District embarked on Phase-1 of their capital improvements project with major additions in 2009 and by 2012 they were ready for Phase-2. The primary focus of this phase was to upgrade the 1968 elementary wing which utilized an open-plan design, popular at the time. By 2012 this concept had fallen out of style, particularly in the era of lockdown and shelter-in-place.  This project reorganized the elementary school into a cohesive plan with logical circulation and 21st century technology.  The new design moved the administration to the front of the building and secured the students away from the entrances.  Playscapes were added to the courtyards to allow for fully enclosed recess spaces.  In addition, the Auditorium and Gymnasium were upgraded with a modern aesthetic.  The buildings aging drinking well system was abandoned and an extension was provided to connect the school to the municipal water supply.  The geo-thermal well field installed during Phase-1 was expanded to accommodate the newly renovated spaces.  The site was reconfigured to provide additional parking and to separate student drop-off from the bus loop.

Complementing the work at the K-12 School Building, the Bus Garage was upgraded and expanded with a new vehicle lift bay.  The varsity soccer/lacrosse and baseball fields were reconstructed along with new grandstand, press box, and dugouts.