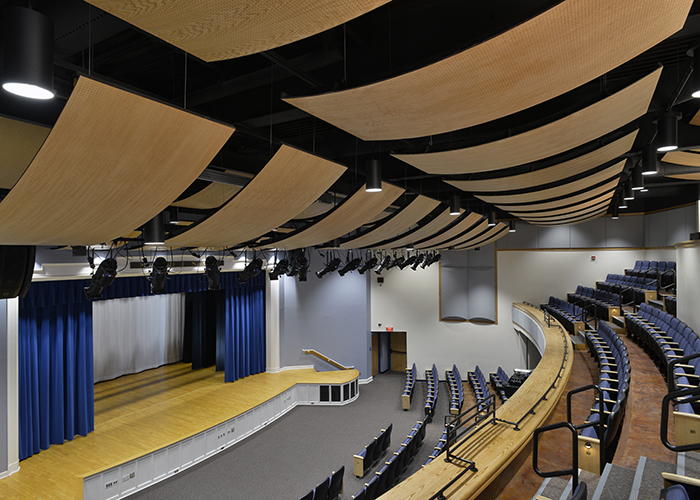 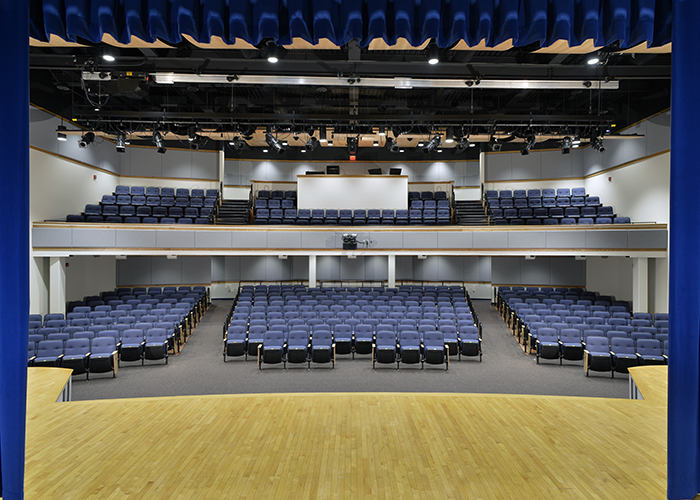 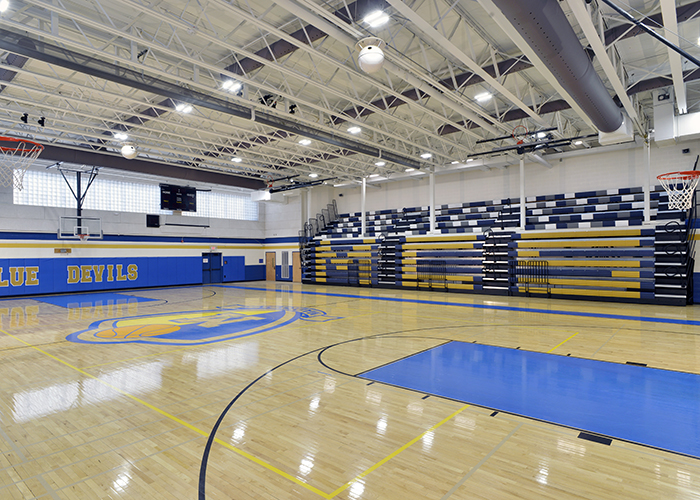 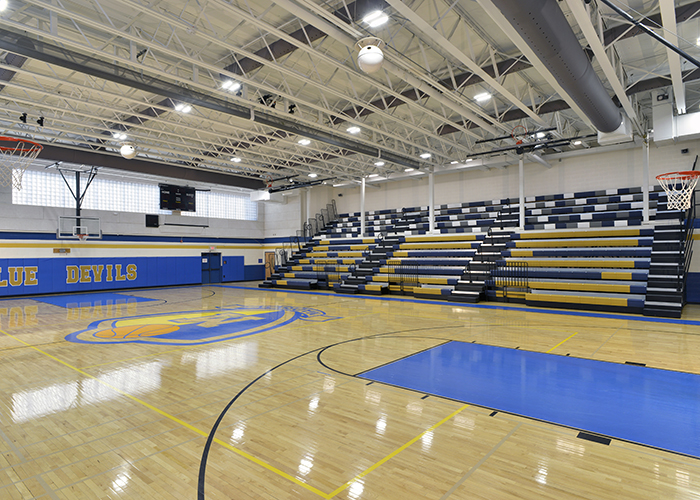 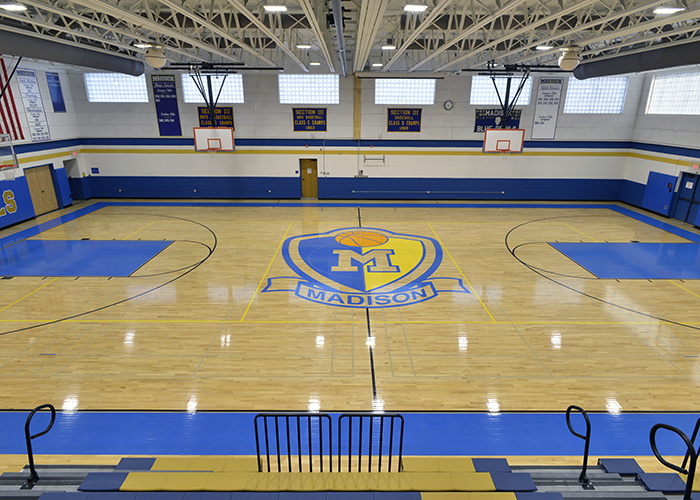 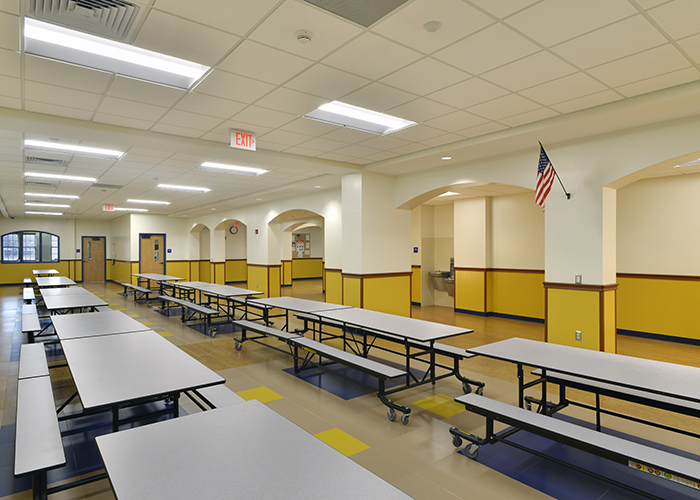 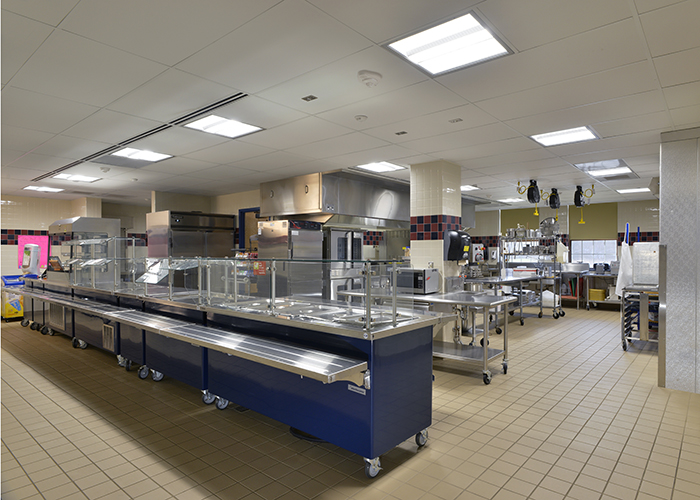 In the ongoing emphasis of continuous improvements to the Madison Central School that MARCH Associates has realized with the District since 1997, this recently completed project renovated and reconfigured some of the signature spaces within the K-12 Building such as the Auditorium, Cafeteria, Gymnasium, Locker Rooms, Art, and Music Classrooms.

To create the space needed to re-purpose the existing ‘Cafetorium’ into a performance quality auditorium with newly constructed balcony seating, a bright new expanded cafeteria with kitchen were designed to fit within the western wing of the building. Music and Art classrooms, previously in the school’s western wing were integrated back into the central academic area of the building, adjacent to the new Auditorium. The Gymnasium was reconfigured to accommodate a significantly expanded bleacher area, with an upper tier of bleachers built above newly constructed Locker Rooms. New gang Bathrooms as well as a Fitness Center were reconstructed in a previously underutilized area adjacent to the Gymnasium. Additional space for Gymnasium Storage and a new Classroom were constructed on the school's second floor as part of this comprehensive improvement project.

This project also encompassed site improvements that add student parking and improve the overall traffic flow around the school, including for the parent drop off area in front of the elementary wing.