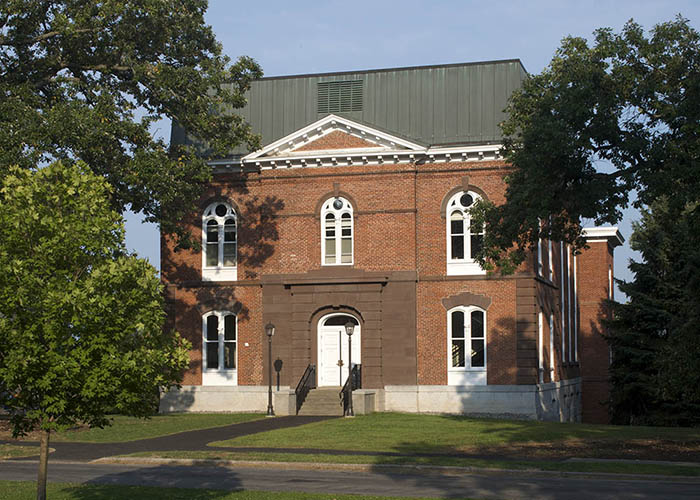 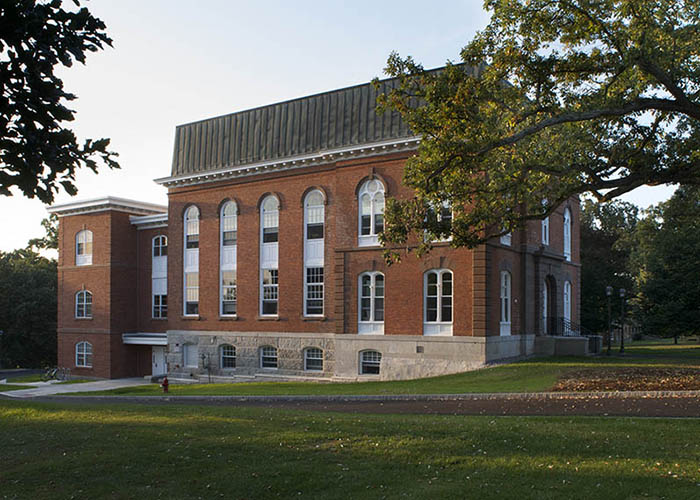 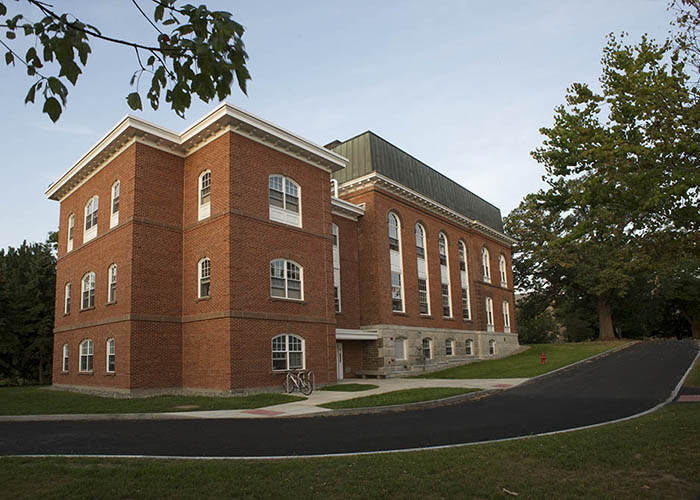 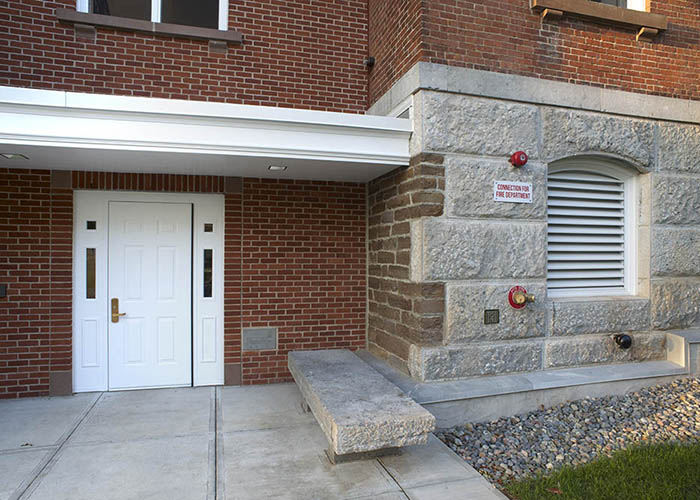 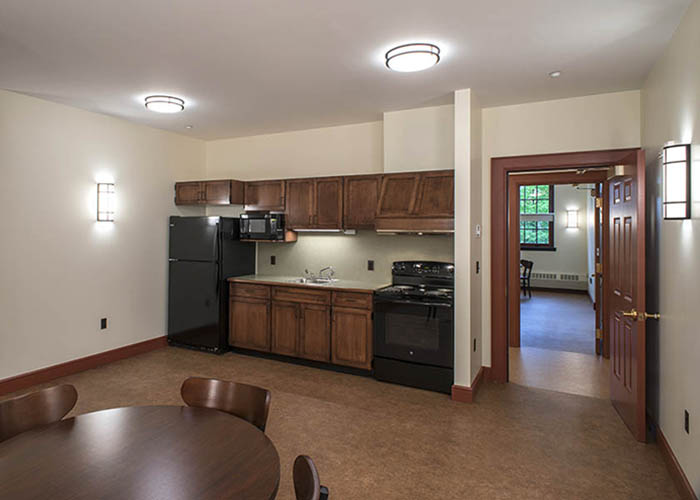 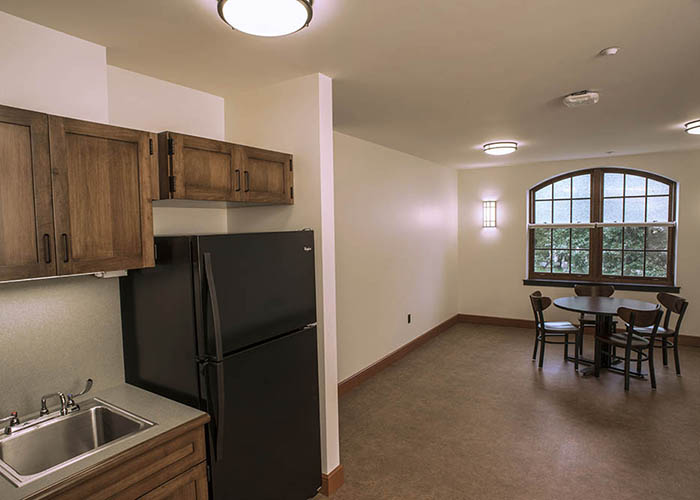 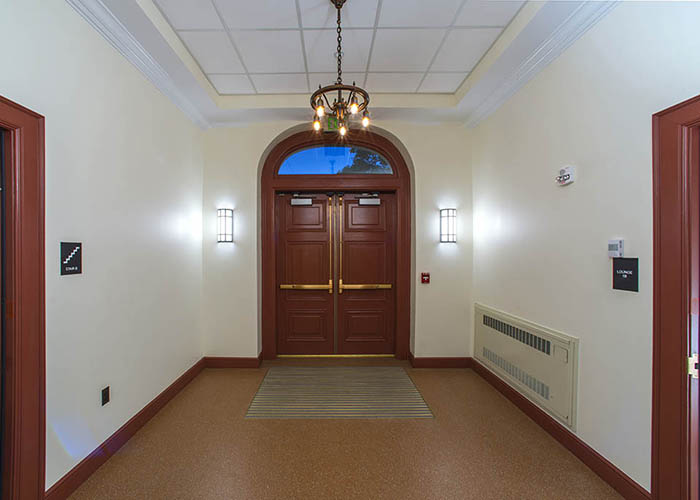 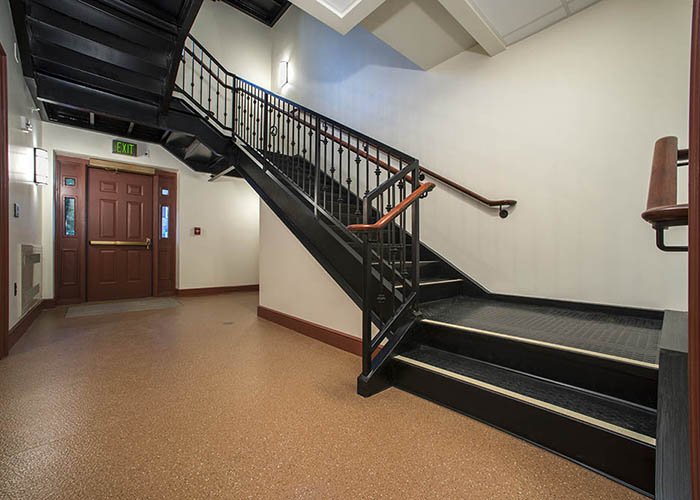 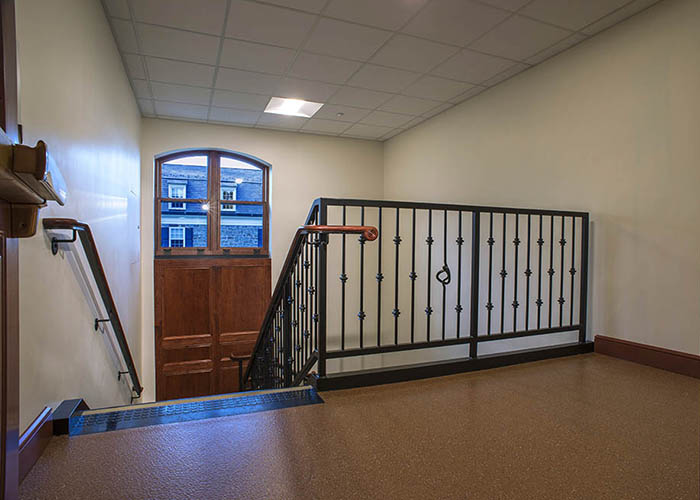 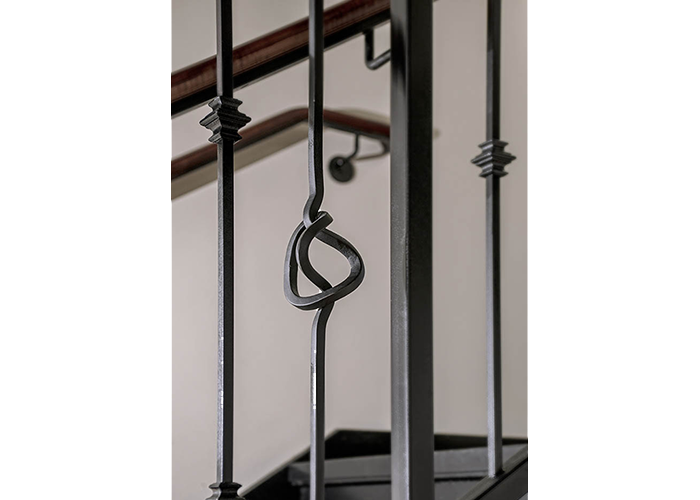 With the completion of this past project from May of 2014 to August of 2015, the former Minor Theatre Building at Hamilton College will have been used for four different functions through its “life”.

With the comprehensive alterations and addition completed in August of 2015, the building has now been converted to apartment suites for upperclassmen starting the 2015 fall semester.  The building has 9 apartments, housing from 3 to 6 students each and 1 Resident Assistant’s apartment for a single individual, for a total of 52 beds.

The addition is scaled and proportioned as secondary to the original building with red brick, arched topped windows and a masonry vocabulary evocative of a historically motivated addition.

The interiors were conceived to reinforce aesthetic simplicity with refinement, accented by both natural and artificial lighting throughout the complex creating timeless, warm, “homelike” apartments that in no way imply an institutional setting.  Traditional colors and patterns were chosen with a thoughtfully selected palate that reflects the historic character and patina of the building, blended tastefully with contrasting accents throughout.

The building is located off Campus Road just west of the College Cemetery, across the street from the Siuda House, Offices of Admission and Financial Aid.

On October 2nd, 2015, the newly finished and occupied building was dedicated to Hamilton alumni and charter trustee Rob Morris ‘76 and his wife Mary Helen Garrett Morris.