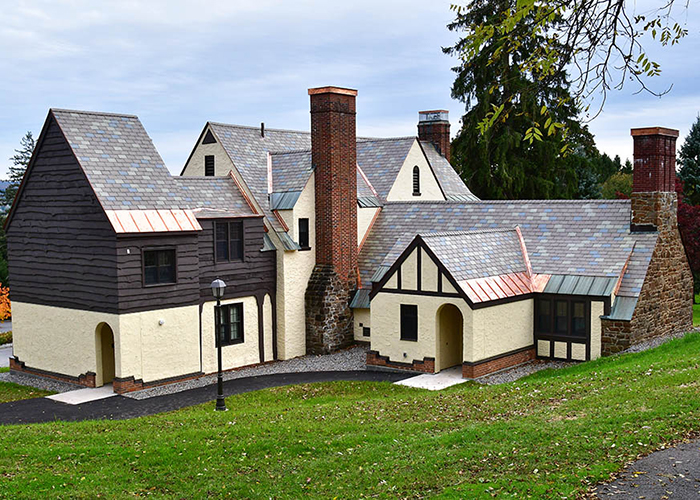 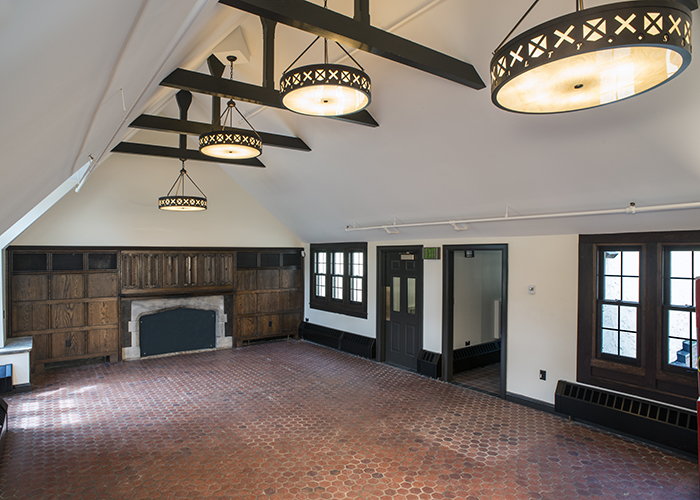 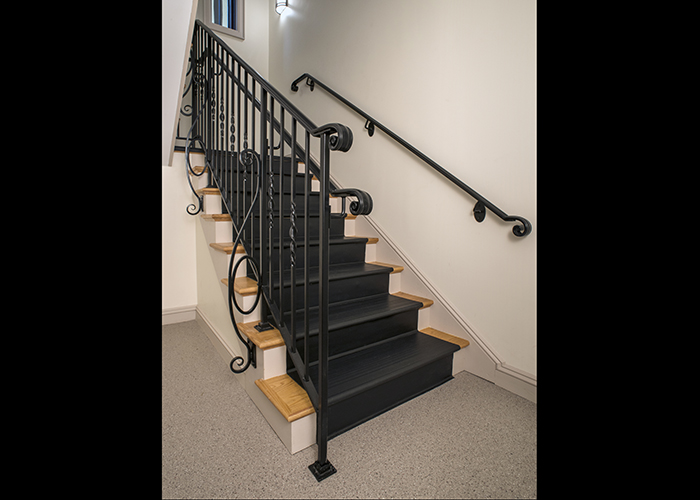 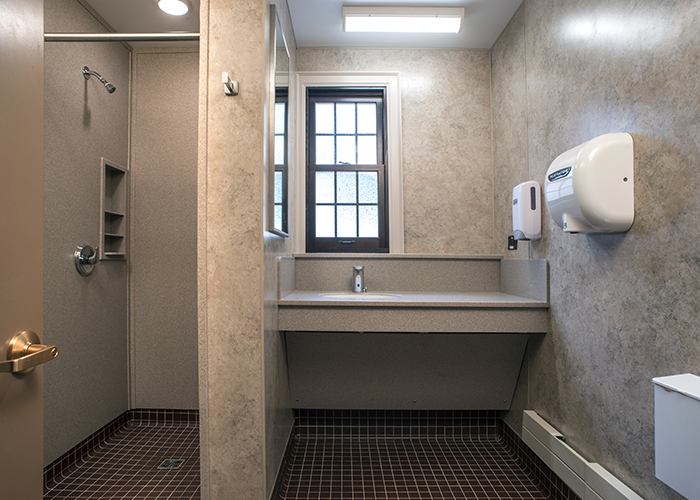 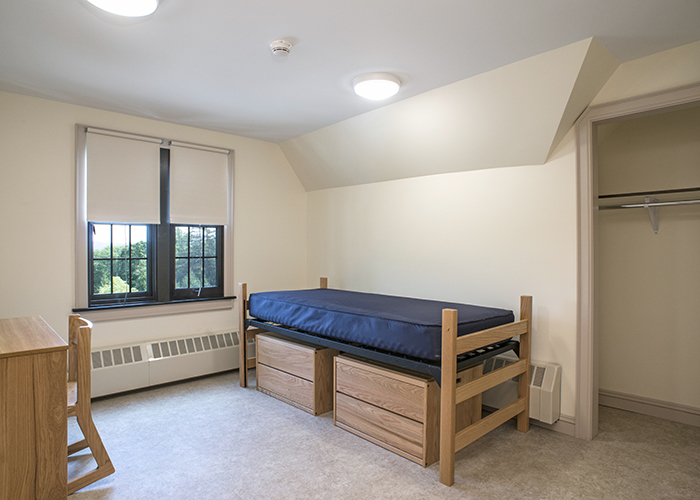 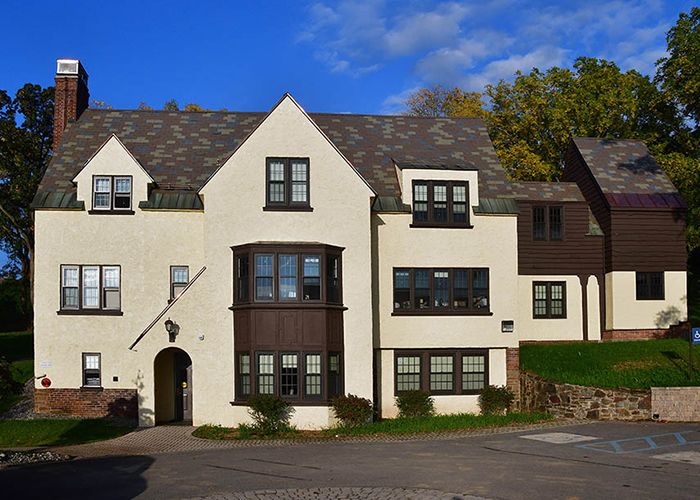 Wallace Johnson House at Hamilton College was built by the first “field” secretary for various administrative functions for the College beginning in 1922 until 1962. The College took ownership of the “Wally J” English Tudor structure upon Mr. Johnson’s death in the mid-1970’s.

In 1976, the College renovated the building as a student residence hall. Over the years as requirements for life safety and numerous conveniences advanced, sprinkler piping, land line telephones, fire alarms as well as data wiring were added in the most expeditious ways. This resulted in somewhat blighted interiors. The interior finishes were also tired and dated. Energy conservation features throughout were lacking.